A friend and I drove up to Santa Barbara last week partly to visit Lotusland, which has been on my bucket list for a while, and partly to enjoy the city. Lotusland is actually located in Montecito, an affluent unincorporated community in Santa Barbara County, California, east of the City of Santa Barbara.

I first heard of Lotusland while visiting Santa Barbara for the Summer Solstice Festival in June, 2017. That was quite a different scene with thousands of people thronging the streets. Click here to view my blog post of that event.

Lotusland sits on 37 acres and unless you are a member you must walk through it on a tour with a docent.

It is billed as one of the top ten most beautiful gardens in the entire world. Well, it is very nice and I enjoyed the visit but I’m not sure I would go that far. Maybe we are spoiled for lovely gardens in Southern California but other gardens in other parts of the world spring to mind. Top 100 might be more realistic although I haven’t traveled enough to back that up! But it was worth seeing, for sure.

I took 240 photos during the walk and it was very hard to decide which ones to display… I could easily have included 100 in this post… but I decided to spare you and cut it down to a mere 56 with as much variety as possible… which means some of my favorites hit the cutting room floor… that hurt!

This turquoise glass slag lines the pathways… a very effective and beautiful border. 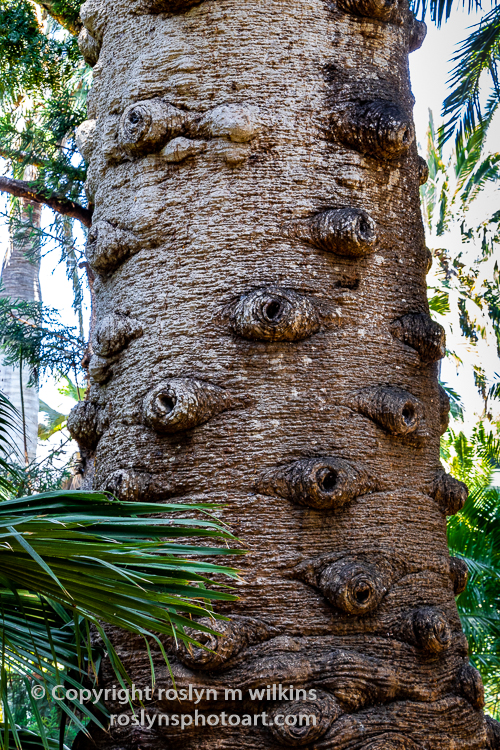 Lotusland contains about 21 different garden areas with more than 3,000 different plants from around the world. Please click on an image below to begin the slide show. 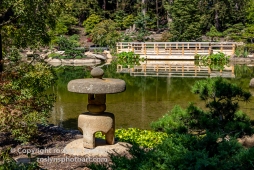 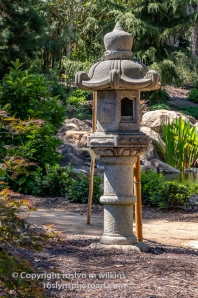 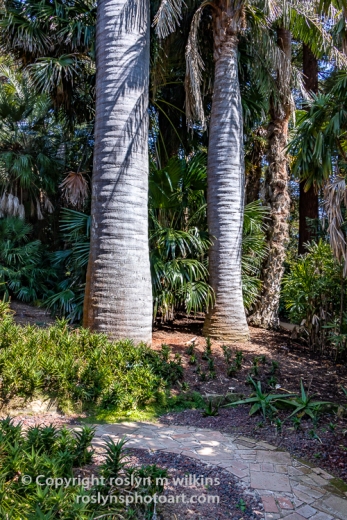 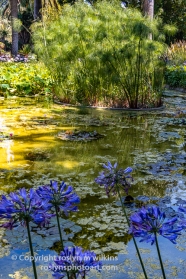 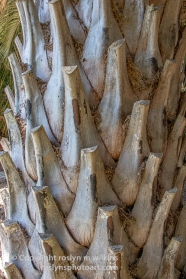 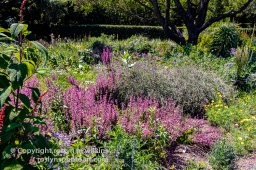 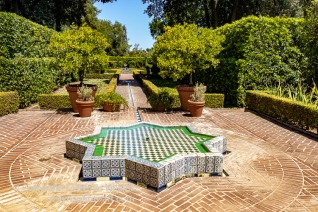 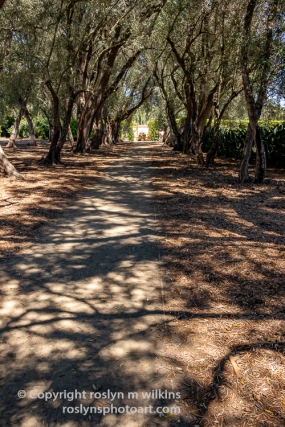 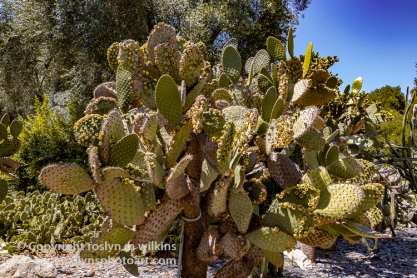 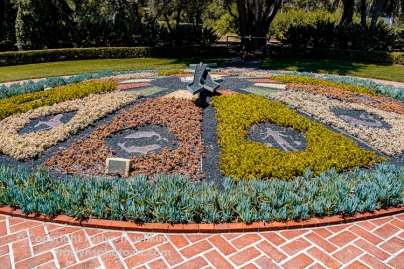 I’ll be uploading a couple more posts of our trip to the Santa Barbara area so stay tuned!