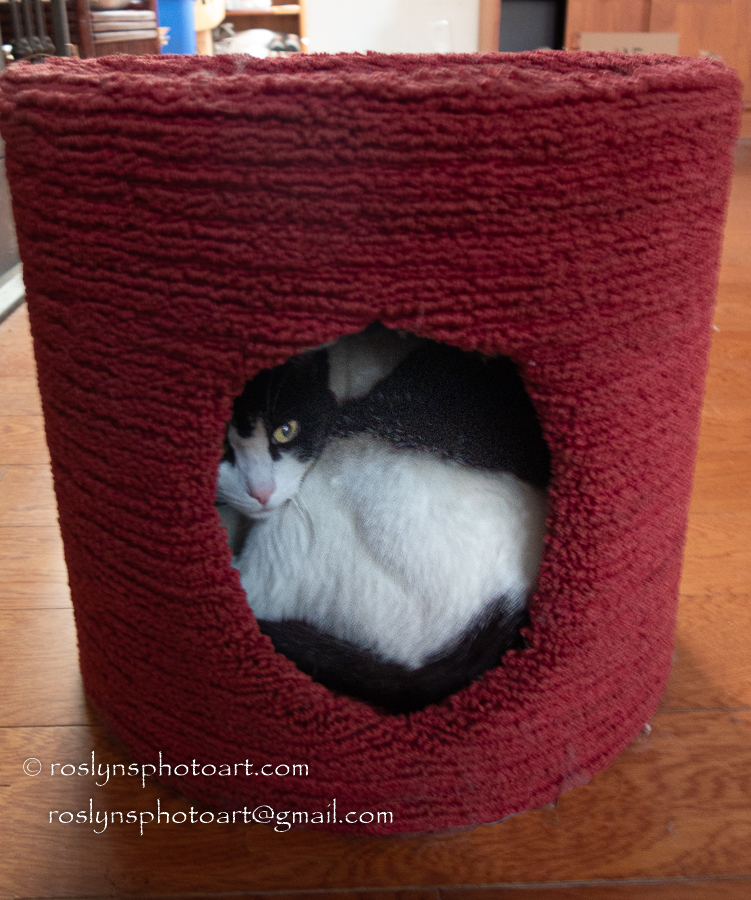 It’s been chilly here by Southern California standards in the 50s and 60s F (10s and 15s C) during the day… sometimes in the 40s F (4s C) at night  My place is like an open plan barn with high ceilings and lots of stairs. It’s impossible to heat in the winter or cool in the summer even with the central heating or a/c going full blast. In chilly weather I just bundle up and deal with it. After all, I had plenty of practice growing up in England !

The cats have their fur coats so I don’t worry about them too much. Yesterday I looked everywhere for Freddie… he didn’t turn up in any of his usual places. I walked around with a dish of food but he didn’t appear. I called his name but he ignored me. Okay, whatever.

I decided it was time to turn on the holiday lights in the window. As I turned back into the living room I noticed a piece of paper or a towel sticking out of the cat condo. Once in a while the cats curl up on the top but never go inside. As I bent down to see what was in there, I was met by a glaring eye. Freddie, what are you doing in there? He refused to tell me so I surmised it was a warm cozy place to stay out of the chilly drafts whipping around the room. 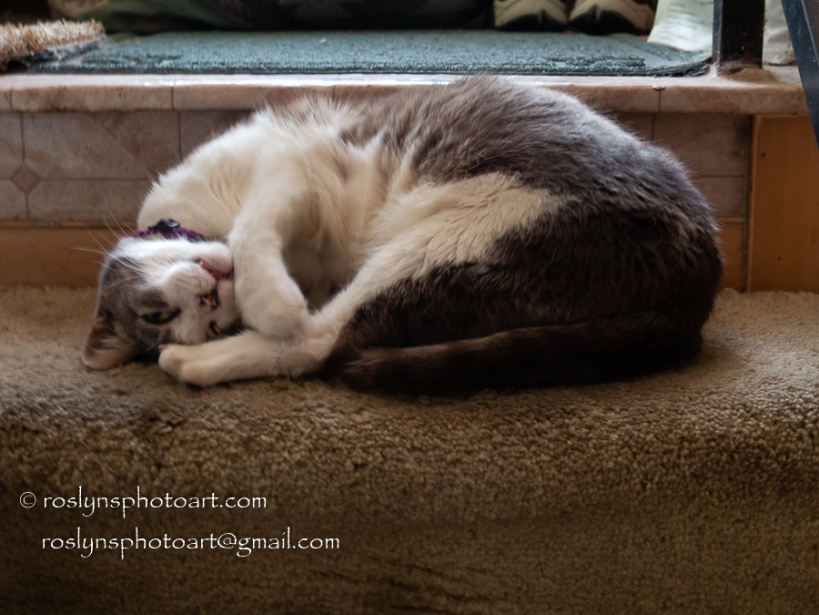 In other news, Frankie has left the kitchen! He has continued to sleep in the basket on the kitchen counter during the day then at night retreat to the top stair just before the roof deck door. The past few days when it’s been really cold, he has spent the daytime hours up there too. We all know heat rises and it seems Frankie has figured that out as well. The temperature at the top of my place is a good ten degrees warmer than in the living room on the first level… and the kitchen is even colder. And it’s also a good location to see what’s going on out on the deck (hummingbirds, finches, crows, etc) and to keep an eye on me just a few steps down in my office. 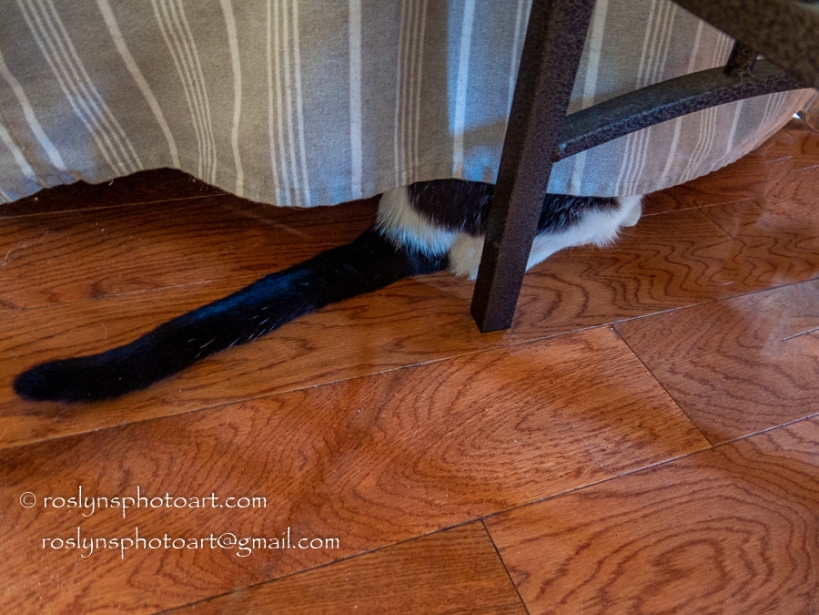 Another good place to stay out of the chill is to hide between the sofa and the throw cover. This probably has more to do with Freddie using the sofa as a scratching pad (which the cover was supposed to prevent) than keeping warm… but it’s possibly serving two purposes. It’s also a good opportunity to show off his magnificent tail!