When the Culver City station of the Expo Line light rail opened June 28, 2012 my late friend TL and I were passengers on the first day. You can see my post about that event here. Having grown up riding the trains in England, being able to ride the rails to downtown LA was a dream come true.

This past Friday, May 20, 2016, the second half of that dream also became a reality. The long-awaited stretch from Culver City to Santa Monica can now be traversed by train. And how could I ever guess I would be living within walking distance (one mile) of two train stations, Culver City and Palms! 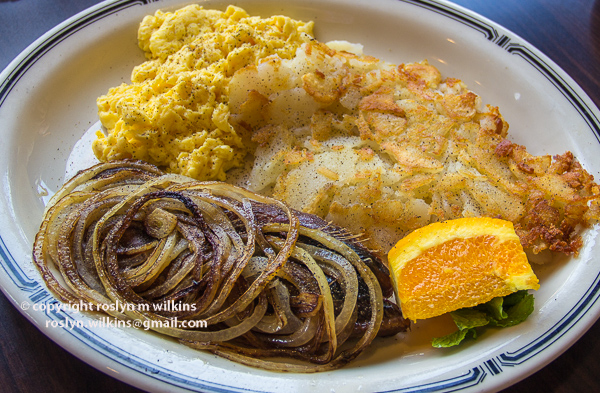 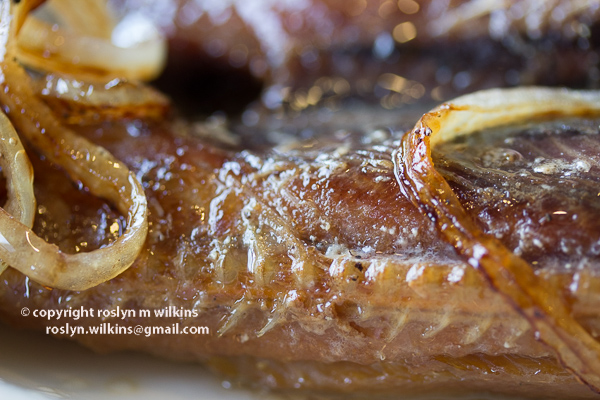 I met my friend R at the 7th St. Metro Center, as far east as the Expo Line goes. He took the Blue Line which also ends at the Metro Center. Together we took the Purple Line to MacArthur Park and ate an early lunch at Langer’s Deli where I always order the kippers and scrambled eggs.

Expo Line arriving at the beach with the new “Santa Monica” header.

We were back at the 7th Metro station in time to take the second train to Santa Monica. I believe the first one left the station at 11:25 am and we were there about 11:35. It was so strange to see the train pull up with the Santa Monica header instead of Culver City… I am rather sad about that!

By the time the train arrived at Culver City the train was jammed to the gills and no possible way for any other passengers to board. I was so glad I met my friend in downtown LA instead of attempting to meet him at Culver City. Even though the train was packed, people still insisted on squeezing their way through the doors. It was insane! 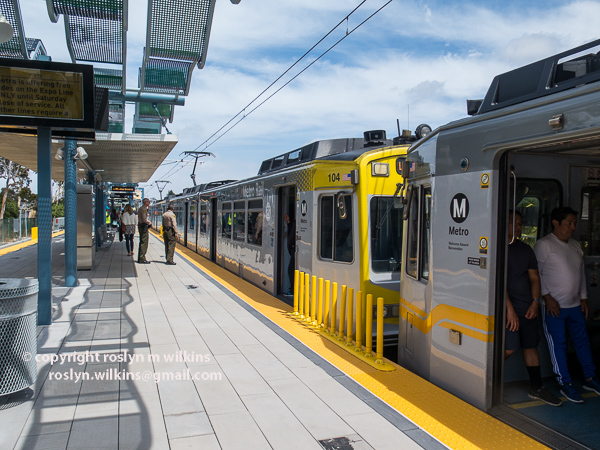 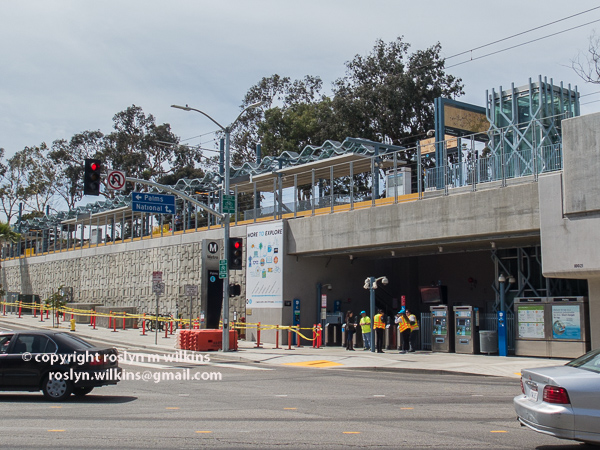 Palms Station on the Expo Line. One of two stations within walking distance from my house.

I was afraid the overpasses would collapse with the weight or that the train would be too heavy to move. As it was, it did go rather slowly around the curves through West LA. The first new station after Culver City was Palms. I’ve been watching this station being constructed and it was cool to actually be stopping there.

When we arrived at the Downtown Santa Monica station passengers were cheering and clapping. I have to admit I was thrilled! It was history in the making as the last time a train arrived in Santa Monica from downtown LA was 63 years ago in 1953.

When the train doors opened it was like arriving on a new planet with everybody eager to explore.

The train stops just a few blocks from the Santa Monica Pier. You can just see the entrance to the pier at the end of Colorado Blvd. in the center of the photo. 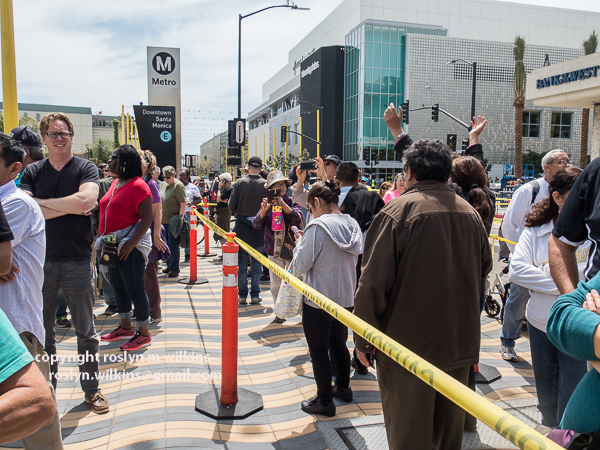 When it was time to go back, they had things a little better organized. They had lines set up just like at Disneyland and they were allowing only so many people on the train at a time. 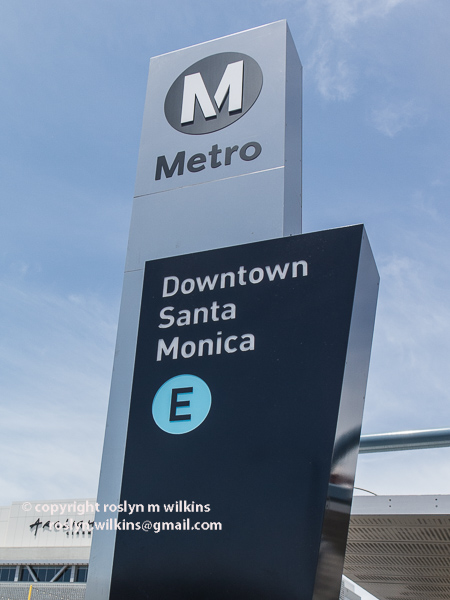 This was certainly a day I will never forget! 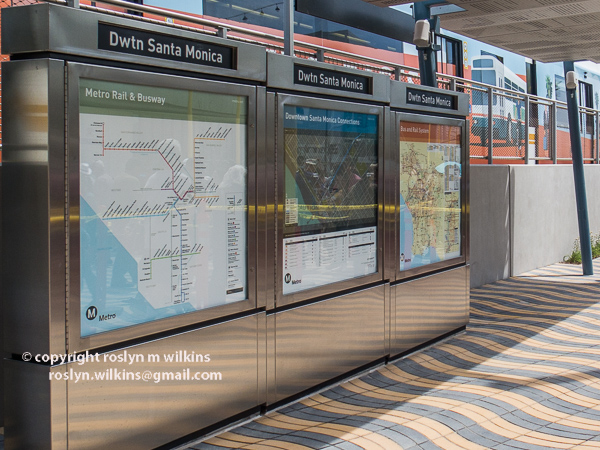 All photos and content copyright roslyn m wilkins unless otherwise noted. No commercial usage without express permission. Please feel free to pass along this post via email or social media, but if you wish to use some of our images or text outside of the context of this blog, either give full credit to myself and link to One Good Life in Los Angeles, or contact us for proper usage. Thanks!