When we go to see a Hollywood movie we are asked to suspend our disbelief in what is happening before our eyes. Superman flying through the air. The Queen walking her corgis. Dorothy on the yellow brick road. Would Christopher Reeve be the Man of Steel without his cape? Would Helen Mirren be Elizabeth II without her tweeds? Would Judy Garland make it back to Kansas if she didn’t have her ruby slippers? Without the right costumes, the movies we see wouldn’t be at all realistic. 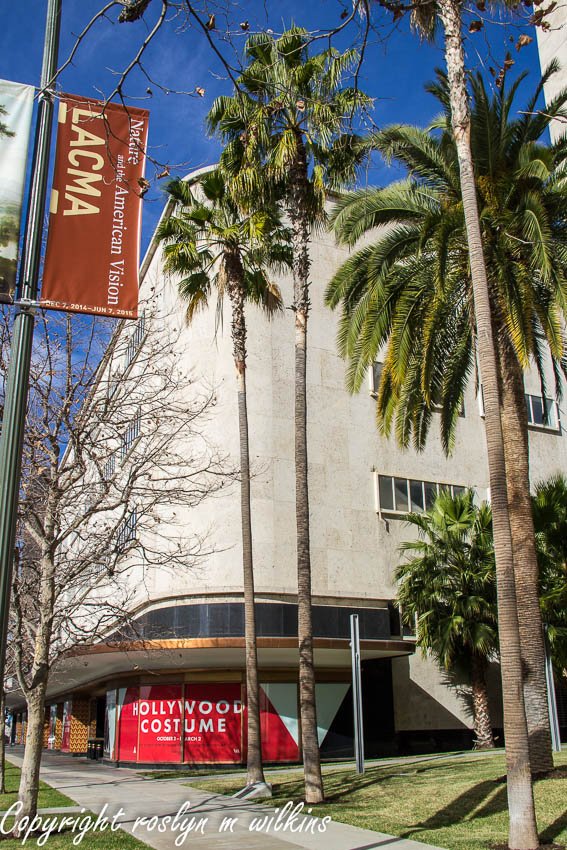 The Hollywood Costume exhibit presented by the Victoria and Albert Museum, London and the Academy of Motion Picture Arts and Sciences displays 150 costumes from memorable movies through the decades. The Los Angeles version adds about 50 costumes to the original V&A exhibit. 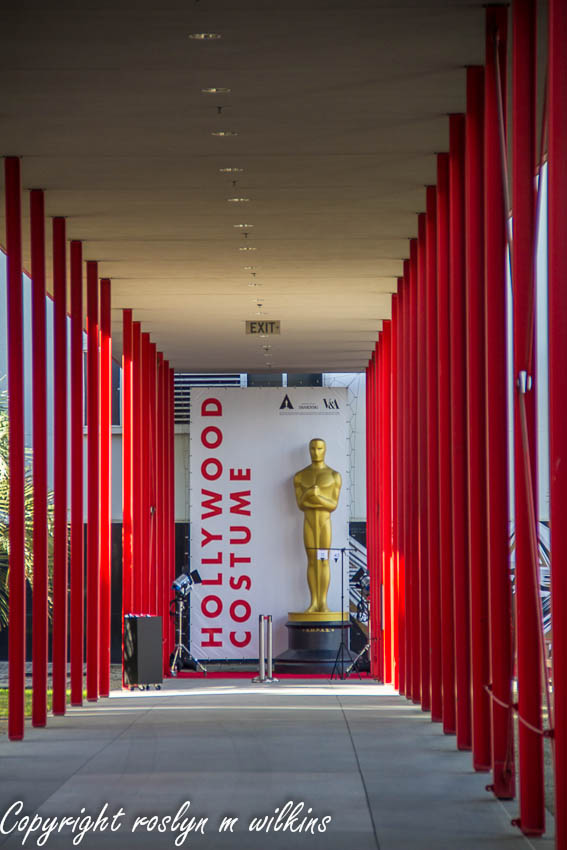 The 1939 streamline May Company building on the corner of Fairfax and Wilshire has been chosen as the future home of the Academy Museum of Motion Pictures, scheduled to open in 2017. It was annexed by the Los Angeles County Museum of Art (LACMA) some years ago when it faced the wrecking ball. This will probably be the last exhibit shown here before the renovation. I’ll be writing a full article later on about this building.

I used a few images from the press photos page published on the exhibit website. Not as good as the photos I would have taken (!), but what can I do? They give you the general idea.

Above you see two of my favorites, Han Solo (Harrison Ford) and James Bond (Daniel Craig). The faces were displayed on 2D monitors and every now and again they would blink or change facial expressions so it gave some life to the 3D mannequins.

The multimedia presentation was very clever and I liked the exhibit a lot more than I thought I would. I went with several friends and I was the last one out as I really enjoyed reading all the descriptions and studying all the details. Look up or you’ll miss Chris Reeve!

I can’t describe the many ways that interactive multimedia was used, and as I couldn’t take photos of it, you will have to see the exhibit yourself. I was impressed with the creativity. 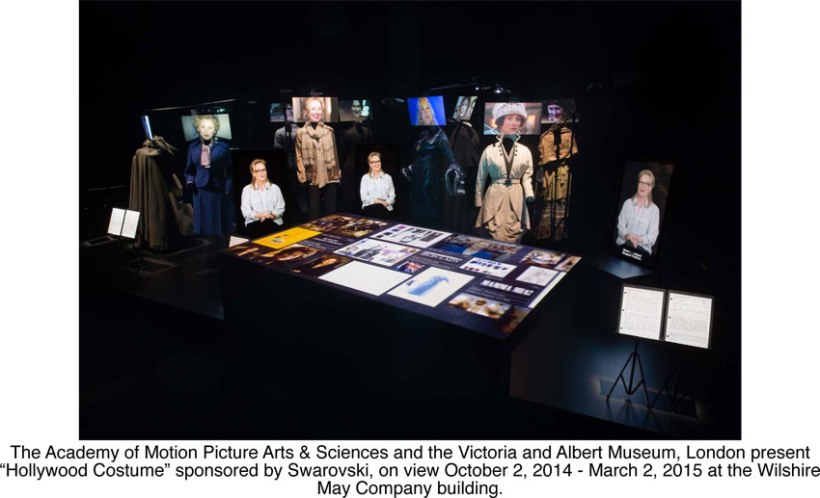 There was a whole section on Meryl Streep and her various and sundry roles. She was on a discussion panel where several versions of her were talking to each other. Other displays showed actors and directors discussing their movies as if they were right there having a conversation. 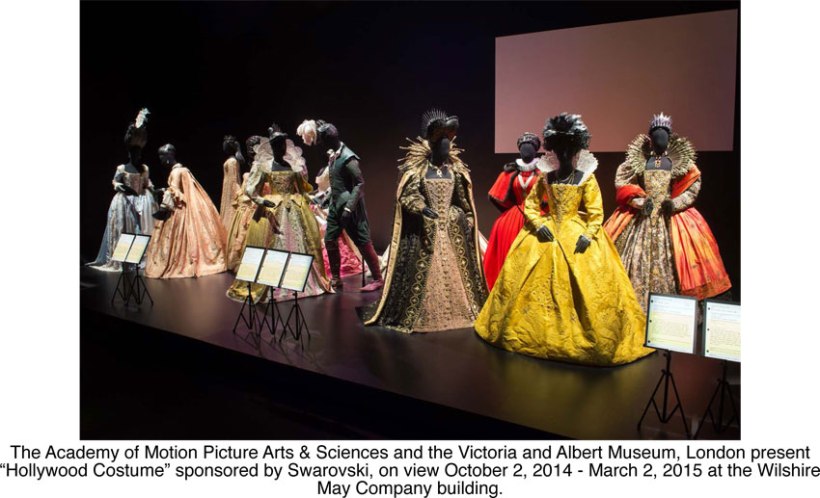 We were marveling at the intricate hand sewn decorations on these gowns. And also wondering how the heck did women move around in them back in the original time period.

So many great films were represented. One point I picked up on is that modern films can be harder to design costumes for than period pieces. We have certain expectations of what kind of styles people wear today. It’s easier to be a little bit off in a period piece because we are not as conscious of who should be wearing what outfit two hundred years ago.

You can view a PDF of more photos by clicking here.

Also a couple of links to reviews of the exhibit:
http://www.latimes.com/entertainment/movies/la-et-mn-hollywood-costume-academy-museum-exhibit-20140928-story.html#page=1
http://laist.com/2014/09/30/co-organized_by_the_victoria_and.php#photo-1

It took me a couple of hours to get through everything. I mentioned to my friend that the 150 costumes seemed more like 500. The exhibit is on through March 2, 2015. It is definitely worth seeing.

All photos and content copyright roslyn m wilkins except where otherwise noted. Please feel free to pass along this post via email or social media, but if you wish to use some of our images or text outside of the context of this blog, either give full credit to myself and link to One Good Life in Los Angeles, or contact us for proper usage. Thanks!

13 thoughts on “The magic of movie costuming”